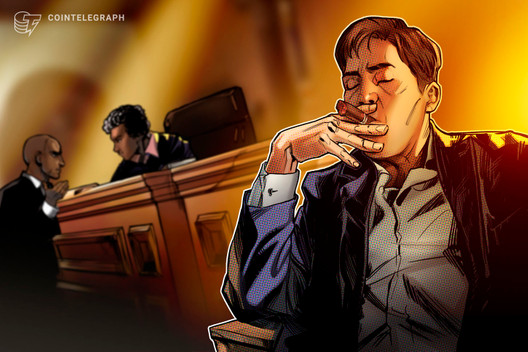 While the cryptocurrency community deals with floundering market prices, the billion-dollar Kleiman v. Wright Lawsuit continues in Florida. On March 17, a court filing shows that the self-professed Bitcoin inventor Craig Wright has been ordered by the judge to pay $165,500 in attorney fees. U.S. magistrate Bruce Reinhart granted in part some of the legal […] A new court filing from the Kleiman v. Wright lawsuit shows that Judge Bruce Reinhart has overruled a number of Craig Wright’s recent objections and he has ordered Wright to amend his testimony by Thursday. Moreover, Reinhart noted that Wright’s “protestations of undue burden ring hollow” and the defendant “produced forged documents in this litigation.” […] Financial cryptographer. Cypherpunk. Inventor of Ricardian contracts and early utilizer of triple-entry accounting systems, which would later be exemplified in Bitcoin. Ian Grigg may have claimed that Satoshi was a team effort and is now dead, only living on in bitcoiners everywhere, but some seem to think it’s him. In this installment of “the many […]

The post The Many Facts Pointing to Ian Grigg Being Satoshi appeared first on Bitcoin News. We are all Satoshi Nakamoto, but some of us are more Satoshi than others. The following 10 characters have all been flagged as Bitcoin’s elusive creator on account of similarities with the digital man of mystery. Whether one of these characters is Satoshi himself is a matter for you to decide. Also read: Facebook Globalcoin: […]